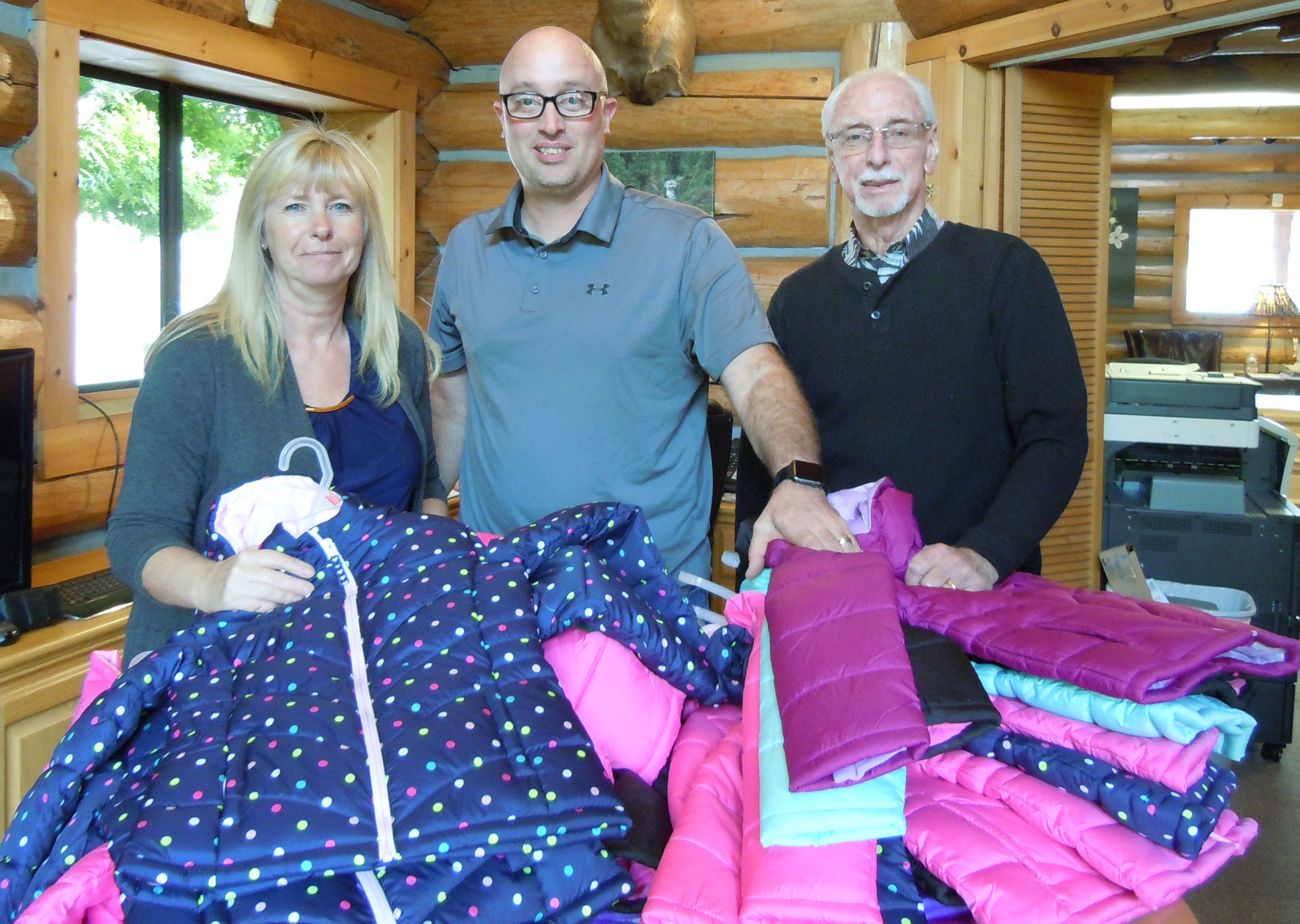 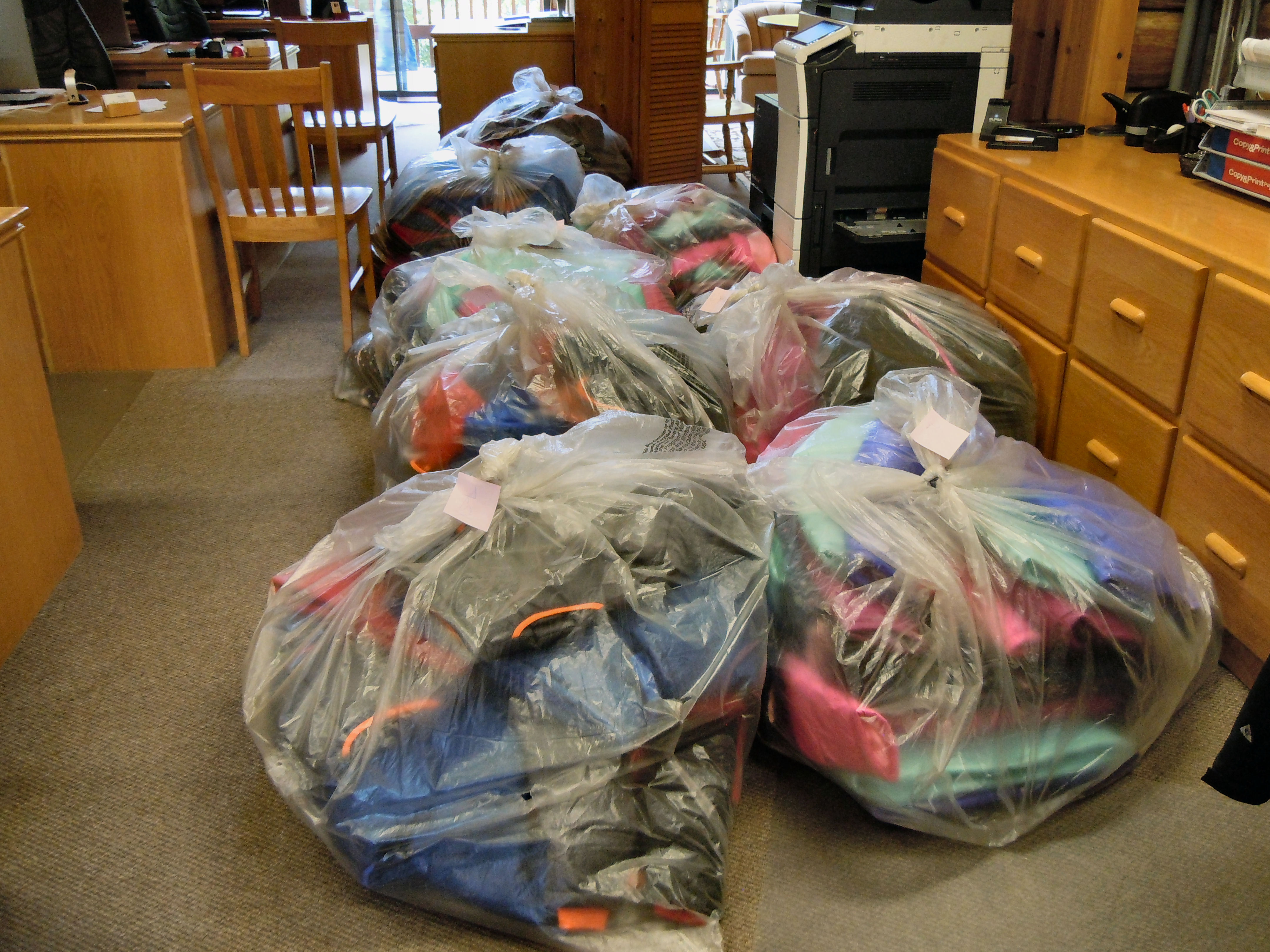 Thanks to our generous clients at the Kimmel Family Foundation, our office was able to help distribute coats for students in need in our own neighborhood for the Coats for Kids Campaign!

Below is some more information from KDRV News Watch 12.

Coats for Kids is one of NewsWatch 12’s most impactful campaigns each year. It connects kids in need with winter coats donated by members of the community. Community members can drop off new or gently used kids’ coats at locations in Jackson, Josephine and Klamath Counties. The coats are then cleaned and distributed to a variety of agencies so they can get the coats into the hands of kids in need. The campaign starts Sept. 25 and runs through Oct. 19.

Medford, OR. — Fall is in the air which means temperatures are beginning to drop. Many children in Southern Oregon do not have coats to keep them warm during the cold season.

Kids at Jackson Elementary School in Medford have outdoor recess three times a day. It is important for the students to have time to run around, but they also need to be warm.

“It’s super important that they’re outside, and that they’re getting that fresh air, that exposure, and brain break. But it is also equally as important to be warm, otherwise they don’t want to go outside,” says Behavior Specialist for Jackson Elementary School, Monique Strain.

So far, Jackson Elementary has requested 446 coats from NewsWatch12’s Coats for Kids campaign. That is almost as many kids as they have at their school.

The school says kids who are too cold become frustrated, angry, and have a hard time focusing during class.

“Having these basic needs met or not met directly affects how a child learns, and then in my department their behavior,” says Strain.

Strain says that these basic needs are the foundation for student’s success. The school says the community that attends Jackson Elementary comes from a 90% poverty rate. They say they have the privilege of serving these kids, and the Coats for Kids campaign directly impacts each family and how the kids feel.

“One word, amazing. There is nothing cooler than having kids come down and receive. If you just think of the basic idea of being able to receive in general it’s a good idea. It feels good, the kids feel great,” says strain.

Our Coats for Kids campaign is going on until October 19th. Drop-off sites are in Jackson, Josephine, and Klamath counties. For a full list of sites go to our “community” tab on kdrv.com.

NewsWatch 12 Rolls Out Barrels for Annual Coats for Kids Campaign

MEDFORD, Ore. – NewsWatch 12 is rolling out barrels for its annual Coats for Kids campaign.

Starting Monday, residents will see donation drop off sites in Jackson, Josephine and Klamath Counties. There are over 50 locations.

Donations are already underway and barrels are being filled with new or gently used winter coats for kids.

“I think it’s a great campaign because I know that a lot of people can’t afford their coats for their kids and I was a single mom and struggling and so when I see that the coats are being available for the kids in school, it really makes me happy,” says Teresa Ashcraft.

“There was a time, where if it hadn’t of been for the kindness of others, my oldest boy wouldn’t have had a coat, so when I saw you guys on the news this morning, I said I have to go,” says June McKiernan.

NewsWatch 12 is collecting kids coats of all sizes and all of them will make a difference for a child in need.